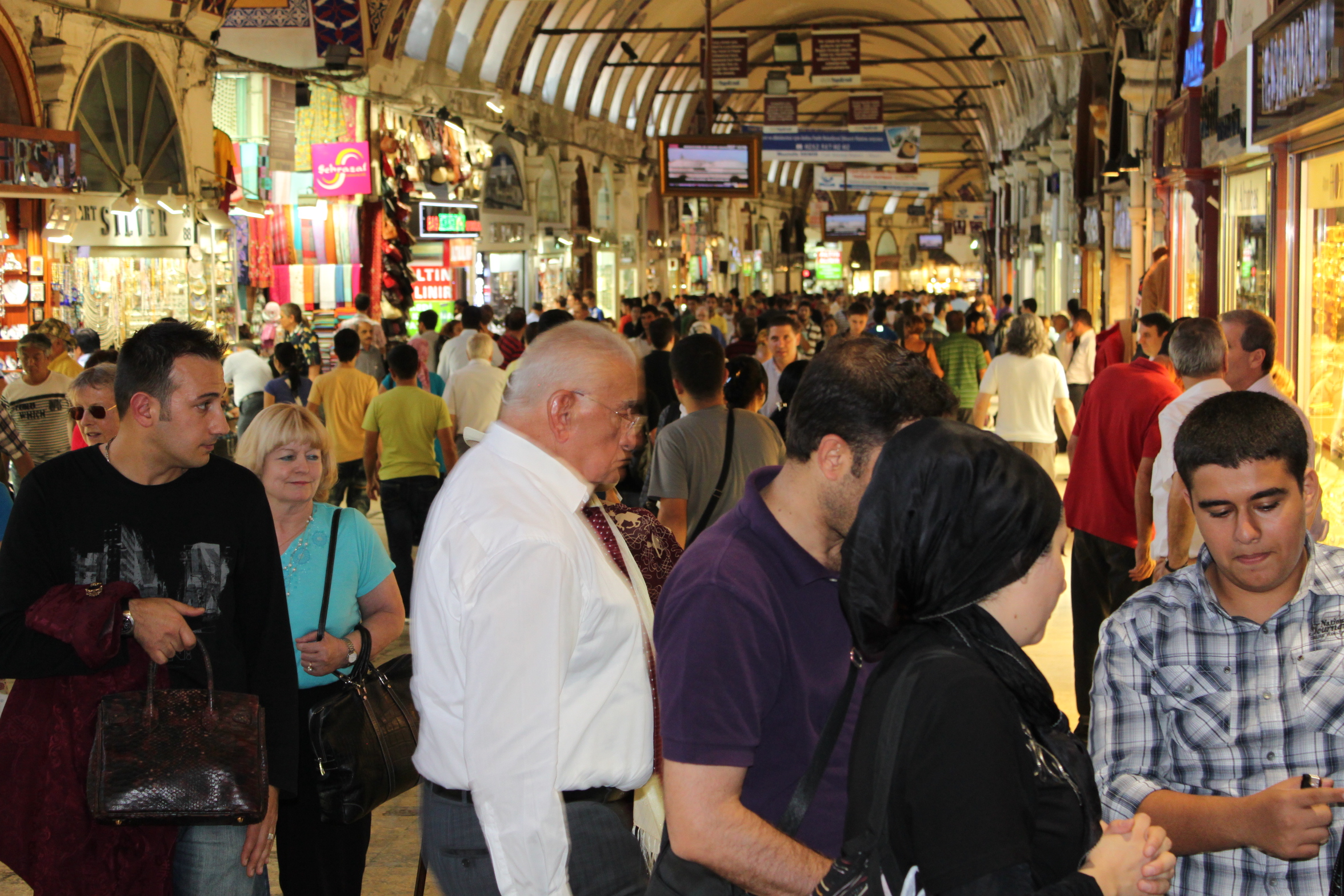 At the Grand Bazaar

We arrived in Istanbul at about 10:00 am local time on Sunday. The trip went well although the 3 flights made the day seem very long.

Someone from Kensington met us and brought us to the hotel. The hotel is nice enough, but standards are different here. We would never have found the place without help. We were in the hotel by noon.

It was pouring down rain when we arrived and it kept pouring until about 4 o’clock. We are in the old part of the city and we took off to explore a little bit. We have already found the Blue Mosque, the Hagia Sophia, and the old obelisks. One of them came from the temple complex in Luxor, Egypt. It was Sunday afternoon and there were a lot of people walking around. Many of them appeared to be local people with their children. Many of the people carried umbrellas. We did not and got caught in sprinkles a few times. We tried some of the local food, so I had stuffed grape leaves, Turkish meatballs, spiced cabbage, spiced rice and—a local favorite—pommes frittes. Patricia said she was pleased that I tried new foods. Oh, they brew beer here so I tried a glass of the local beer: Efes. Germany should not feel threatened by the level of Turkish beer brewing.

We took pictures, but I will wait to post them. Lack of sleep is starting to catch up with me.

Off we go to Cappadocia