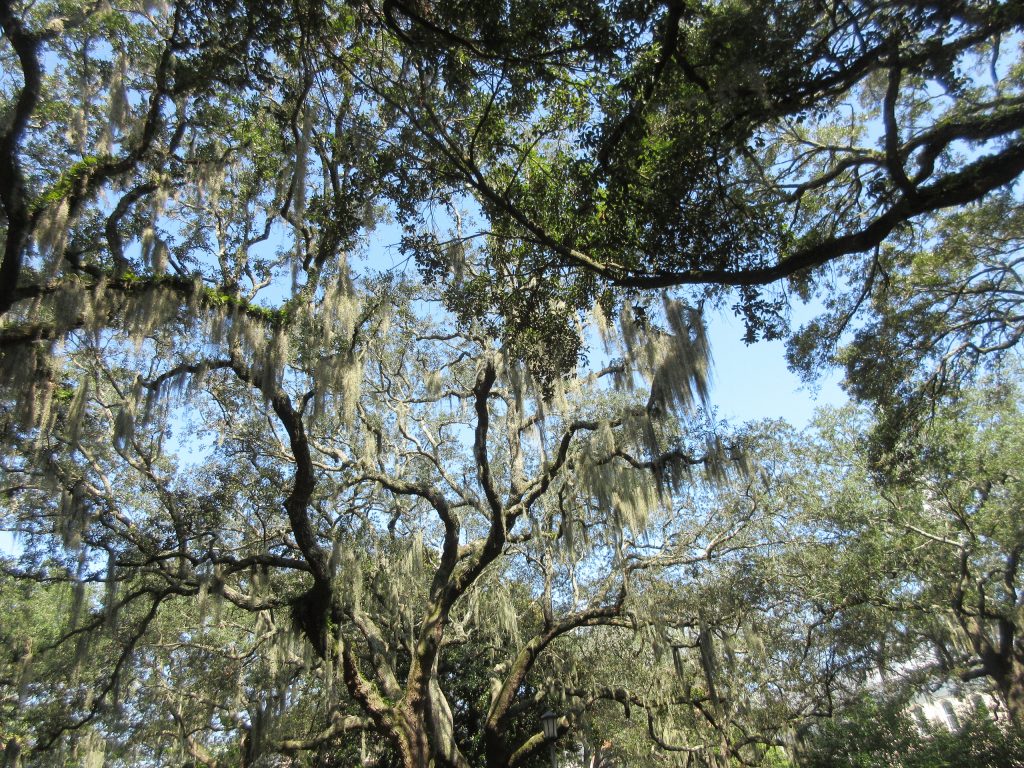 In September of 2022 Patricia and I visited Savanah where we met with Mary and Bill, Mark and Deborah, and Tom and Ka-Yi.

Mary found us a nice rental in a quiet part of Savannah that was within walking distance of the things we wanted to see. The house was large enough that we all had plenty of room and separate bedrooms. Mary brought supplies and, with what we bought locally, we did not have to eat every meal out. Of course, part of the attraction of a trip to a new city is to sample the food/restaurants and we did that. Patricia vowed to eat only sea food while we were there, and she came close to keeping her vow.

Patricia and I, along with Tom and Ka-Yi, took a walking tour of part of the historical district of Savannah, which is (unsurprisingly) close to the Savannah River. I learned a lot and thought our guide was good, but Tom was a little disappointed with the tour. I did get plenty of pictures while we were walking and the 2+ hours went by quickly. The squares which made up the original layout of the city helped me get a sense of the planning that went into the founding of Savannah.

The city has restored some of the old warehouses and (factoring) offices along the river and turned them into a tourist destination–full of touristy shops, restaurants, bars, etc. We, in various combinations, spent time walking around in the area. I often found myself outside the shops looking at the river and the tourists. We had a couple of good (well, OK to good) meals at Huey’s (the beignets were really large and quite good) and Vic’s (where the food was good, but the service needed attention) and of course there were plenty of menus for Patricia (and others) to peruse as we walked around. I think most of us were interested in the architecture and what we could learn about the history of the city.

Savannah is a port city–4th busiest in the United States in 2021–and some large ships traverse the river going to and from the ocean. The river parallels the tourist area and it is impressive to see the large vessels.

The weather forecast for the week had been for periods of rain, but it did not materialize. It was warm, but not uncomfortable. We felt safe walking around even in the evenings.

One of the nice things about the visit was that we didn’t feel that we needed to spend every minute together so we would often head out as a group, but then break up into smaller groups and head off into different directions. The house had plenty of places to sit and talk and groups formed and morphed constantly.

The week turned out to be just what we needed: a time to get away from some of the things weighing on us and to spend a relaxed time with family. We value the care and consideration we received from everyone.

I have created an album with some of the pictures Patricia and I took. It is here.

I wrote that we took a walking tour. Here is a GPS track of that tour and the rest of our walk. [Ignore the part that might look like I was lost.  I wasn’t. I was just exploring. Patricia: Yes, he was lost.]

On Wednesday we explored even more. We covered some of the same territory, but MANY, MANY more shops were visited.