It is 10:45 in the evening and Patricia and I have just returned from a good dinner and a flamenco show. We are sitting on the patio of our apartment with the bell tower of the mezquita in the background and our little bell tower in the foreground. The sky is partly cloudy and the moon sometimes peeks through the clouds. It is quiet in the complex where our apartment is located. Every once-in-a-while, we can hear a voice from one of the restaurants a block away or the sound of a moped on a small street. The bells in the campanile of the mezquita just rang the quarter hour and we could hear them clearly.

We have had a good day. You would think that in a part of town that caters to tourists, you would be able to get breakfast at 11:45 in the morning, but oh, no, you can’t. We walked down to the river to find a recommended breakfast place, but it would not serve us because it was too late. No matter. We took a hop-on, hop-off bus tour as a way to get a better look at more of Córdoba and we saw places we probably won’t have time to walk back to–until the next trip. we got some good pictures during the day, but some of the ones from the bus were taken hastily because there was so much to see.

We had lunch at a place that looked good and had a good menu, but it did not compare to Pepe’s last night. It wasn’t bad, but… After lunch we found another good gelato place.

After an afternoon siesta, (when in Rome…) we walked to the Juderia barrio and found some of the places we visited on a walking tour last year. We’ll go back tomorrow. As I may have written yesterday, it is surprising how much of the city we remember from our one day visit last year.

This evening we went to a flamenco dinner show. It is often the case that neither the dinner nor the show is very good at places like this, but tonight was an exception. Both were very good. The food was very good and I even tried an eggplant dish. Service was great. The music and dancing were also very good. The lights in the eating area were on through the performances, so I was able to get some good pictures. We noticed a bebé being held off to the side of the performers. I’d guess it to have been no more than 7 or 8 months old, but it knew how to clap, which it did when the performers clapped. We discovered that the baby belonged to one of the performers, so the artistic bent was clearly built-in. As the waitstaff and customers would go by, no one could resist touching the baby who seemed to enjoy the attention.

Pictures are taking longer to process than I would like, but I added some to yesterday’s post, and I will add some to this post when I get them transferred.

As we have been sitting on the patio, the wind has sometimes carried snatches of flamenco to us from some of the late night performances. Ahh! 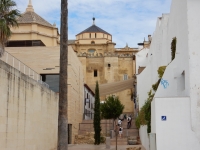 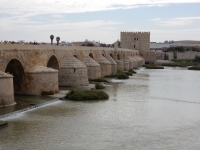 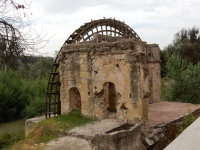 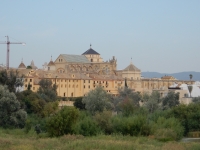 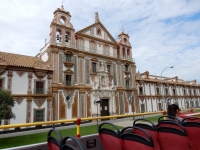 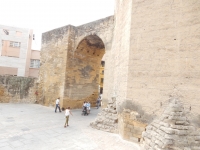 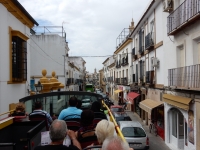 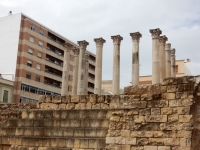 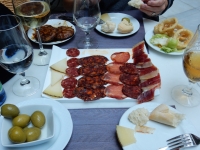 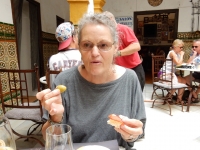 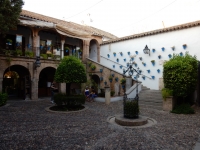 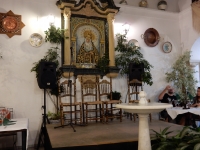 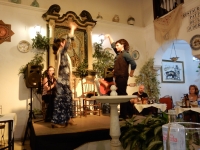 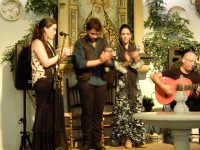