Tuesday was a big day for us. Last year we wanted to spend more time in the mosque-cathedral (mezquita) than we were able to. A big part of our plan for this year was to spend several hours in this old, important site and we did. It wasn’t even too crowded.

We got there pretty early and the light coming through the stained glass threw blotches of color all over the floors. I wanted to capture those colors, but I discovered that the camera I brought with me didn’t give me all the flexibility I needed to do that. [This year I brought just a Nikon S9900 rather than the Canon T4i. It is more a point-and-shoot, albeit with plenty of options, than the Canon DSLR.] So I ended up switching between the camera on my phone and the Nikon.

Overall the results were OK but they got better when Patricia discovered that it was OK to use flash in most place inside.

We wandered around for a long time, admiring the beauty and the workmanship that went into centuries of building and remodeling. We both like the mosque parts better than the church parts but there is no denying art of both parts whether it is in the stonework or the paintings and altars. There is some reconstruction going on now, but I suspect that it never stops. It did not disrupt what we wanted to see.

Patricia points out that one impressive thing about the mezquita is its sense of timelessness. That is, even before the Catholics, the Moors, the Visigoths, and the Romans, this has been a site that draws people.

I think one of the most impressive features of the current complex is its internal size. I know I wrote last year that pictures can’t do the interior full justice, but I had hoped to capture that sense of space better this year. I don’t think I did, although I think we captured the perspective of some of the red and white marble arches better. There are 856 columns and, I suppose, half that number of arches although in many places there are double arches.

This year, because we had so much more time, we found a new-to us-chapel with great renaissance ceilings and walls. We also found a whole section along the east side that we did not see last year. We both thoroughly enjoyed our visit and agreed that we could easily go back again.

After taking a break, we went out walking in the afternoon. Those of you who have been to this part of Spain before will know that many stores and shops close between 2:00 and 5:30 or 6:00. We went out to find a yarn shop for Patricia because after our bus tour on Monday we knew our way around a little better. We thought it would take 45 minutes to get to the yarn shop, but our estimate was very bad: it took about 15 minutes.

While we were waiting for the shop to open we explored a little more and discovered a partially reconstructed Roman temple. The person at the little yarn shop was quite helpful and Patricia came away with some yarn and needles. I learned that “punto” means knitting and that “linda” (pretty) is best used with people, and not things–at least in Spain.

We ate dinner in a plaza close by our apartment. There are 5 or 6 restaurants scattered in the area, so the hard part was deciding which menu looked best. We compromised on one that had some pasta as well as traditional dishes and we had a good meal. Part of the enjoyment was that across the street from us was a dancing school for little kids. Most of the time we were there there were crowds of parents waiting for kids and then a wave of kids (mostly girls) would come out and head home, walking or riding on the back of a motorcycle. Since it was well after 9:00 when the last batch left and the school closed we wondered how early the kids would have to get up for school on Wednesday. It was noisy, but it was a nice kind of noise. 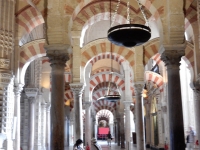 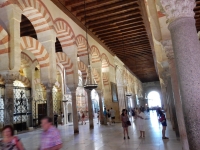 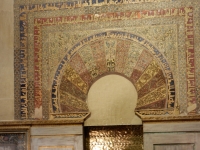 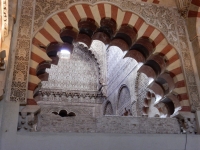 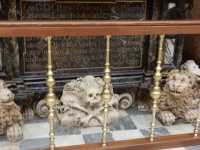 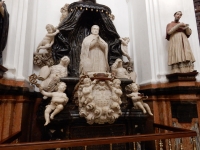 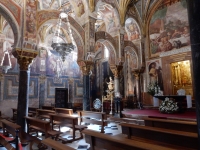 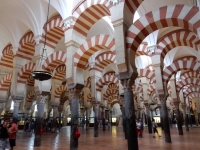 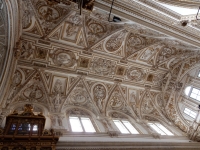 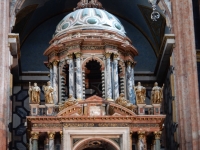 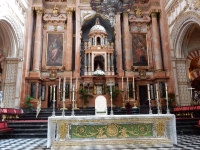 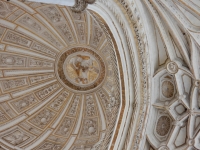 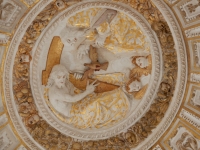 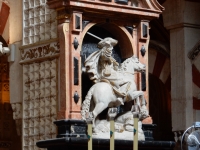 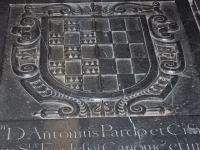 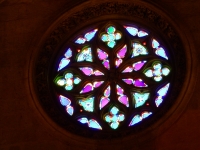 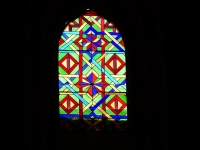 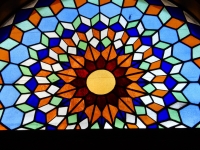 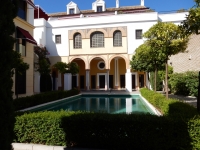 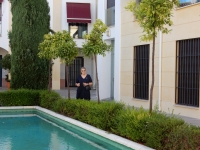 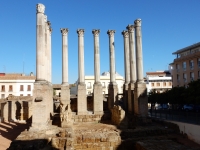 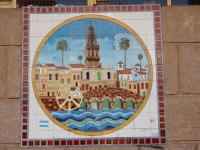 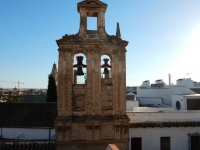 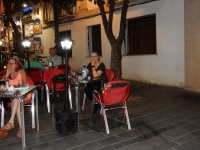